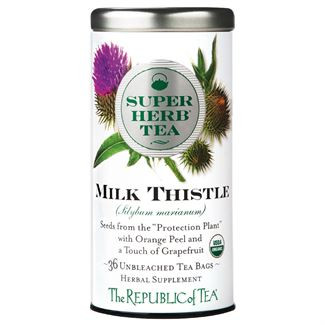 Milk thistle is named for the "milk" that exudes from the leaves when they are cut, but it is the seeds that have made their mark as an herbal remedy. They contain a compound called silymarin, which has been used for over 2,000 years in European cultures to help protect the liver from toxins.* Milk thistle has also been used as a hangover remedy and to help increase breast milk production.* Orange and grapefruit notes are added to create a bright and cleansing cup.

This product hasn't received any reviews yet. Be the first to review this product!